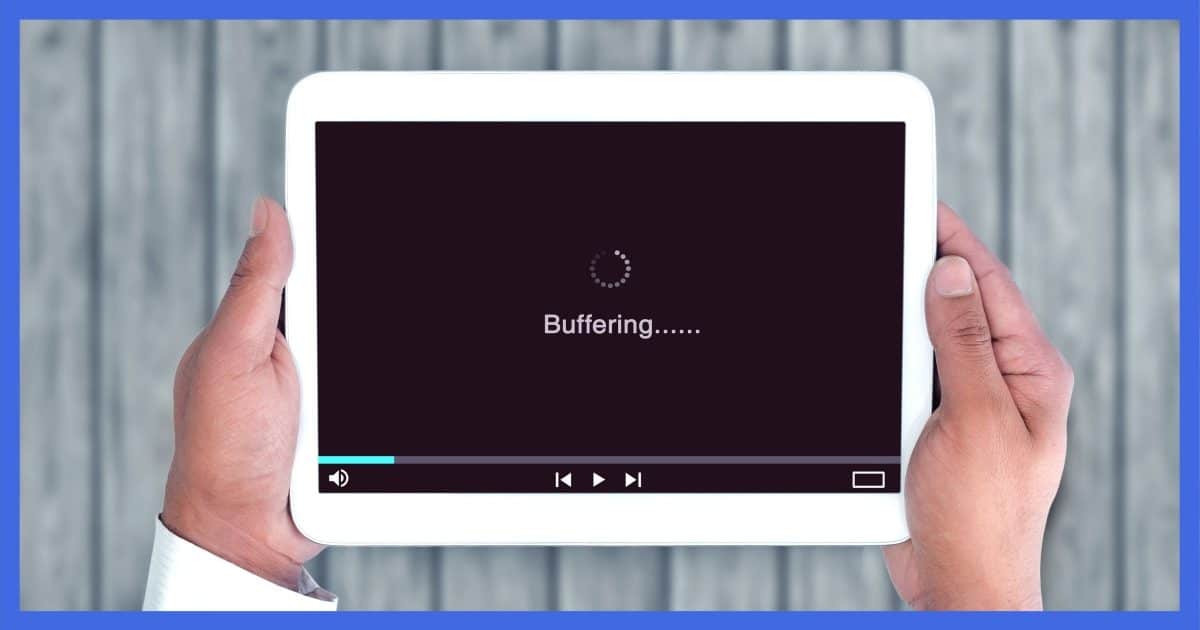 There are common causes, and sometimes simple solutions, for a video that starts and stops as you watch it.
I would like to view YouTube videos without all the stops and starts while watching. What causes that and can it be corrected?

I’ll cover the two most common reasons and share some ideas for workarounds.

The speed of your internet connection is the most important factor when streaming video. Next would be other programs or devices making heavy use of that connection at the same time. Depending on the situation, you may be able to pause to allow things to catch up, reduce the demand by selecting lower quality, or avoid streaming completely by downloading the video, if allowed, to watch later.

The #1 cause: your internet connection

By far, the single biggest reason for videos pausing periodically while playing is the speed of your internet connection.

Or rather the lack of speed.

Videos use a lot of data, and it has to be transferred fast enough for the video to play smoothly.

If a video requires, say, three megabits per second (just an example1), and your internet connection is only 1.5 megabits per second, you will see stops and starts. The player can’t get the data fast enough to play without interruption.

If another program on your computer is downloading something at the same time, the speed left over to watch your video will be reduced. You may have the required connection speed, but if another program is also using it, the effective speed for your video might be cut in half or worse.

These days especially, it’s common for many devices to share your internet connection. If someone else in your home is also streaming video or downloading lots of data, then the bandwidth available to your machine is reduced, resulting in jerky video playback.

The #2 cause: your computer is too busy

Depending on your computer’s hardware configuration and whatever else it is doing at the same time, it might just be too busy to keep up with the work of displaying video.

Other programs can place high demands on the computer’s CPU, RAM, or disk speed and interfere with video playback. Symptoms like video starts and stops while watching can be one result.

Fortunately, you can use tools like Task Manager to identify resource-hogging culprits. 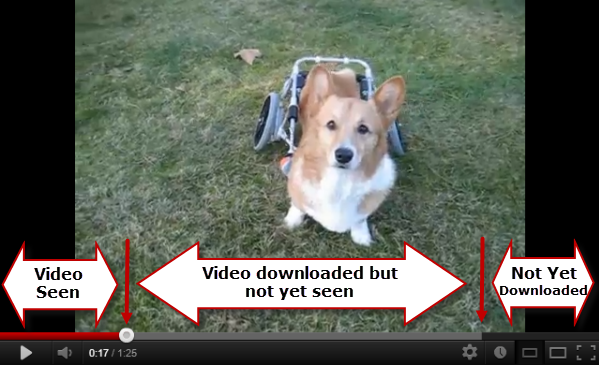 If you never see the “video downloaded but not yet seen” gray bar during normal streaming playback, it’s likely that the download can’t keep up with playback, or can only just barely keep up.

The first thing I try when faced with this is to start it playing, click on pause, and wait a while. 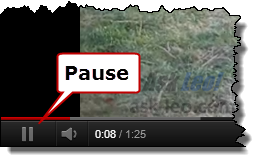 Pressing Play begins the streaming of the video. When you pause it, you give the download a head start, letting it fill the buffer with video ready to be played back.

However, some video players or services limit how far ahead they’ll buffer. They’ll get a certain amount and then stop before it’s done, apparently waiting for playback to catch up.

Many players provide video in multiple formats, including different sizes of video and different qualities. The video player chooses a default based on a quick analysis of your device and internet connection. Some update their guess based on ongoing performance.

Sometimes they guess wrong, and you need to make a different choice. 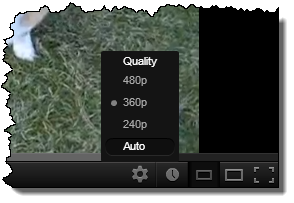 The maximum resolution available is typically selected by whoever uploaded the video, and results in the largest and clearest picture. It also requires the fastest internet connection in order to play smoothly.

Select a lower resolution, and the image will typically be smaller and perhaps less clear. However, it also places less demand on the speed of your internet connection or computer, and may play back without pausing.

What if you have a slow internet connection, but still want high quality? That calls for a different approach.

Streaming and downloading a video are very similar. Oh, there are differences in protocols and software and whatnot, but the fundamental difference is simply this:

The differences, while complex behind the scenes, are conceptually pretty simple. The legalities are anything but. The problem is that when you download a video, you are creating a copy of that video. That may be illegal or against the video site’s terms of service.

Some sites offer a direct download link, which is by far the simplest approach. Click on the download link (or right-click and Save As…) and then, after the download completes, you’ll have a video file on your machine you can play using your favorite media player.

Other sites (most notably YouTube) and almost all streaming services do not provide this ability.

However, if you search for “youtube downloader,” you’ll find many. The problem here is that it’s unclear which to trust. In my brief research for this article, I checked out a few and found many to be discontinued, not working, or loaded with PUPs.

One final note about downloading video. If the download takes longer than the video would play — for example, it takes 15 minutes to download a three-minute video — then streaming isn’t an option. On the other hand, if you were able to download in less time than it would take to play, you’d theoretically also be able to stream it directly without the starts and stops.

1: I’m NOT, NOT, NOT saying that all online video requires three megabits per second. This is simply an example of a video that requires a higher data rate than you might have available.

2: Assuming, of course, that you haven’t skipped ahead. If you have, this simply indicates the amount of the video prior to the current position, whether you’ve seen it or not.

3: I know it gets confusing on top of confusing because even in this article, I’ve used the term “downloading” while describing the ins and outs of streaming a video. Essentially, any transfer of data from the internet to your computer can be considered a download, and that’s most often how the term is used. When we talk about media like video or audio, we make this specific distinction between streaming and downloading based on what happens to the data transferred: displayed or saved to disk, respectively.